Published in Friday's Globe and Mail on Thursday, October 21th, 2010. 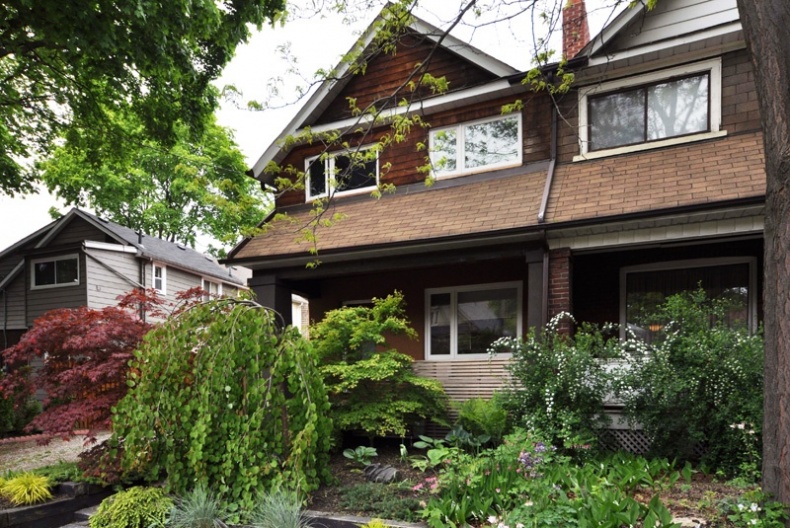 Photos posted of this 2½-storey, semi-detached house on Julie Kinnear's website quickly caught the attention of house hunters, including a few who went as far as making a bid. "People were freaking out as soon as they say it," says the agent.

On a quiet street in the popular High Park community, this roughly 90-year-old house was extensively renovated by its owner, who is a professional designer.

Pot lights and reflected off hardwood floors in the open concept main floor, which has a living room with a wood burning fireplace and a dining area with French doors to a new deck, patio and fenced yard.

The kitchen was revamped with quartz counters, glass front cabinetry and stainless steel appliances, as well as a second walkout.

Two of three second floor bedrooms were combined into a master suite with double entry doors and a walk-in closet with sliding doors.

The third floor was opened up to create a loft-style bedroom with exposed brick walls and sloped sky-lit ceilings.

A lower level apartment comes complete with a living area, kitchen, bathroom and a separate side entrance.

"It had some groovy things that most residential homes don't have, like there are resin dividers at the front entrance to make a little foyer and they had a built-in closet," says Ms. Kinnear.

"This was modernized and hip, although it still has lots of nice traditional things."