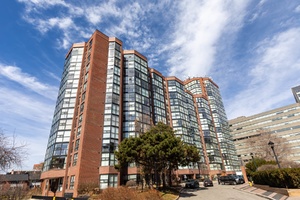 The peak of King West! Completely renovated 2 bedroom, two bath with a large den/office/flexspace. There is a real wood-burning fireplace!! It’s a home without the hassle. Live in total comfort amidst the excitement and convenience of the neighbourhood and every amenity you could possibly wish for. 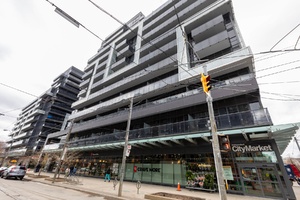 This beautiful 1 bedroom unit shows like a model suite with modern finishes and stylish décor throughout! Live in one of downtown Toronto's most vibrant urban neighbourhoods!

Located in sought-after King West Village next to lively Liberty Village with 24 hour King streetcar right outside your door! Take in the stunning city views from the terrace while you enjoy your morning cup of Joe from Starbucks, conveniently located across the street.

Relish in Toronto’s cultural & entertainment comforts, including parks, theatres, galleries, bistros & retail. You really can have it all! 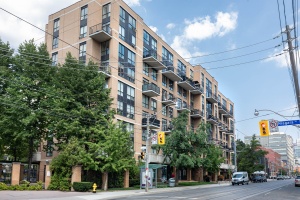 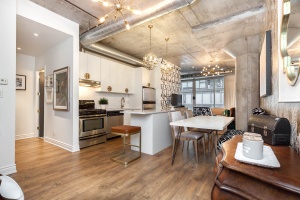 This is one sexy suite offering quality lifestyle – where home, work and play all meet. 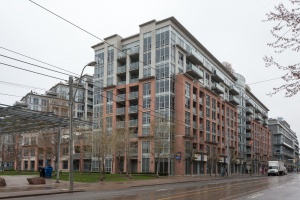 This beautiful 1 bedroom plus den shows like a model suite! True King West hip “loungey” feel – with modern finishes and stylish décor throughout! Live in one of downtown Toronto's most vibrant urban neighbourhoods! 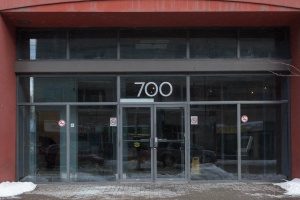 Over 1050 square feet - great layout for entertaining and room enough for 2 roommates to share, or siblings to buy together, or a young family to grow into. Enjoy high end finishes, quality appliances, upgrades and designer touches throughout!

Some of the King West and Liberty Village Happy Clients - this could be you! 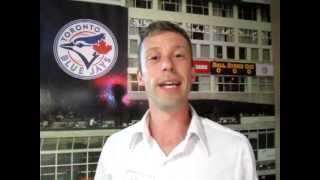 David out of town seller loved the JKT

King West Village is a dynamic community of condos, townhouses, eclectic shops, fashionable restaurants and bars minutes from downtown Toronto by the TTC.

King West Village now has the added cache of being the host neighbourhood for the Toronto International Film Festival which takes place annually in September. This festival attracts mega-stars to premiere screenings and creates a buzz throughout the whole neighbourhood and the entire city. The headquarters for the festival is the TIFF Bell Lightbox theatre on King West, which is surrounded by glitzy new condominium buildings that reflect the urbanesque lifestyle enjoyed by residents of this neighbourhood. 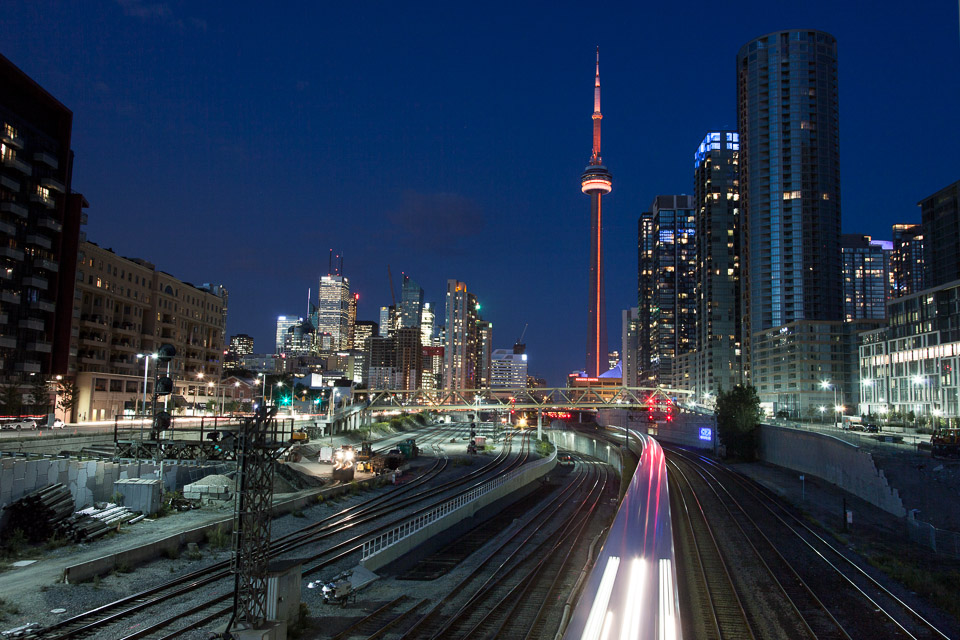 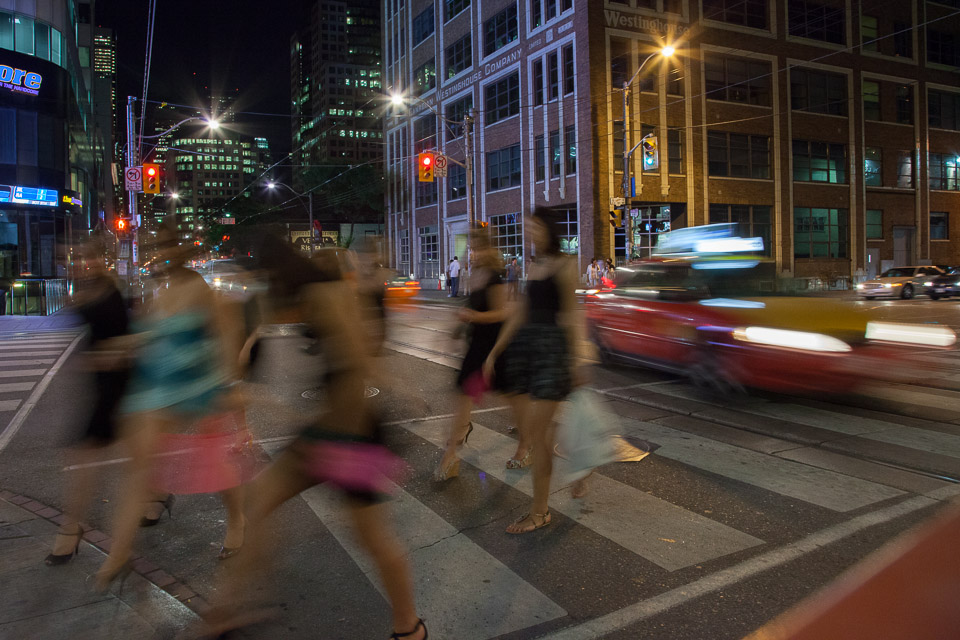 Where there were once huge industrial operations and factories like Macgregor Socks, now sit modern Victorian-style townhomes. Where streets named Massey and Battery Road evoke the manufacturing plants that built the city, now rise spectacular lofts and condominiums served by retail and big box stores such as Dominion, offering nearby cafés, art galleries, trendy bars and restaurants, and parks that provide places to walk, bicycle, rollerblade, and entertain friends.

The area roughly bordered by Spadina, Front, Adelaide and Bathurst is alive with construction and demolition, renovations and renewals. Developers are grabbing every available lot in the King West area, driving out long-time fixtures and pushing up values. Six recent land sales in the will see 1000 new condominium units, some of them very deluxe indeed, constructed. 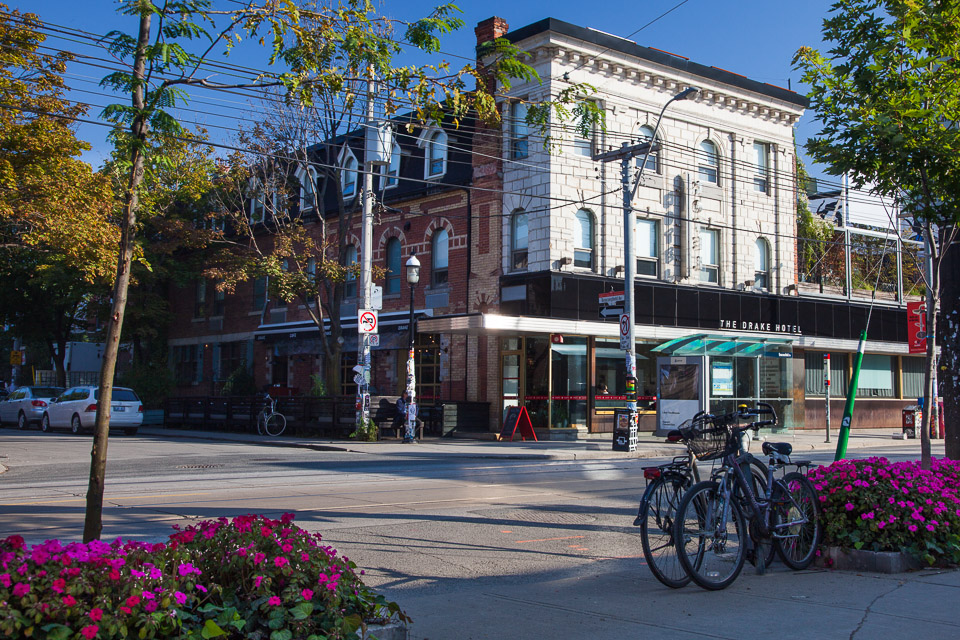 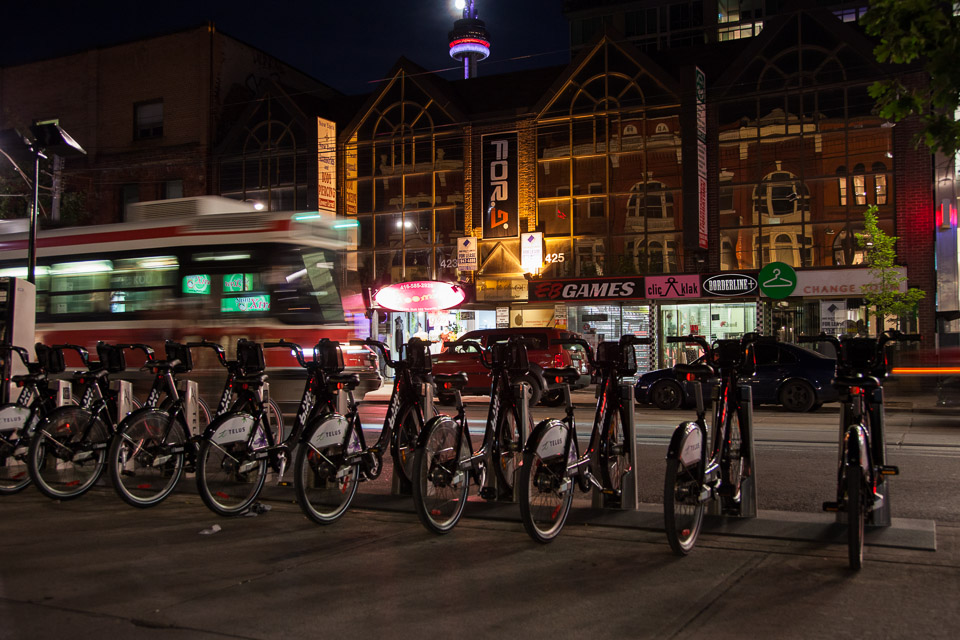 Contributing to the appeal of the neighbourhood is its rich history: the old factory buildings and warehouses along King & Wellington streets, the famous Wheat Sheaf Tavern which has been a Bathurst & King fixture for more than 150 years, and Victoria Memorial Park, which is actually a cemetery for some of the dead of the war of 1812 and is currently undergoing a $1 million restoration. While King West Village has already lost some of its unique mixed use appeal due to all the changes, the majority of the historical King West buildings are protected, and it is hoped this preservation will prevent the loss of its lively, pedestrian-friendly feel.

The flavour of King West is found not only in its historical roots, but in the modern conveniences of great shops, independent galleries, restaurants and clubs. King West is also parks, carwashes, fitness centers, health food shops and yoga classes. The Scadding Court Community Centre offers great recreational programming, and the local parks include: 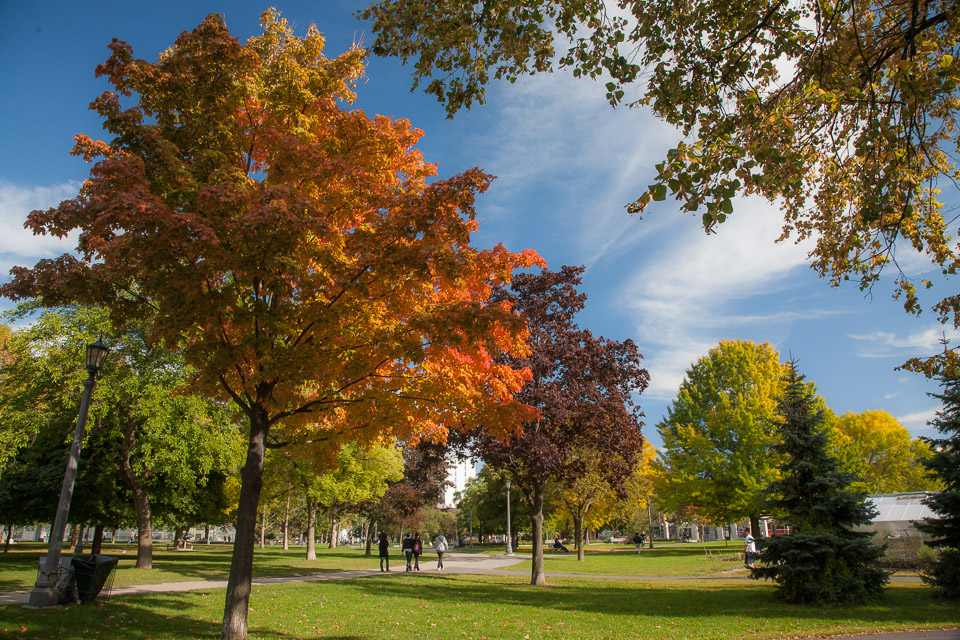 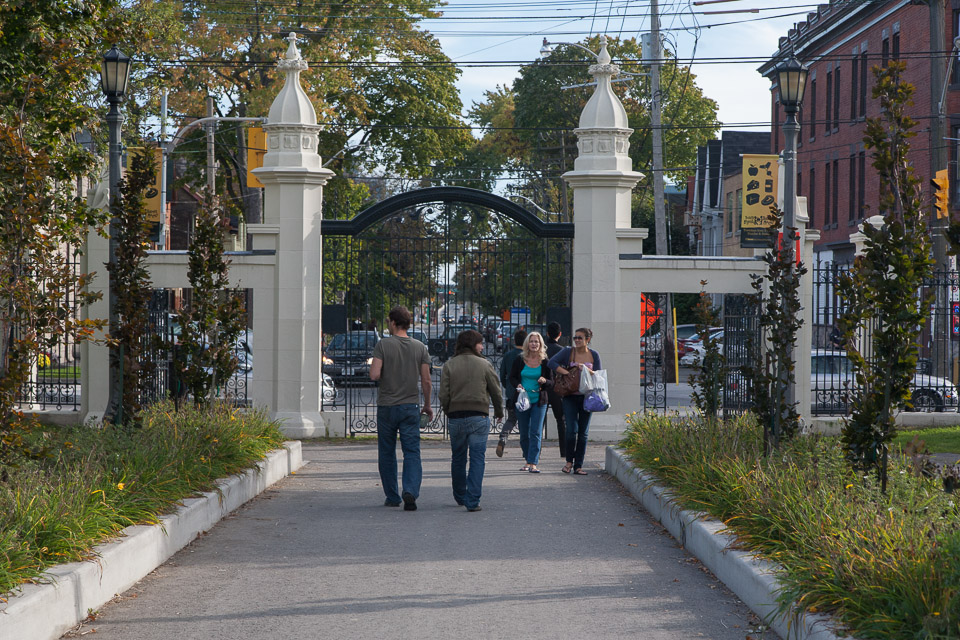 But what really makes King West is the genuine sense of community ? residents say that they actually know their neighbours, and see the same people jogging down the street, shopping and having espresso. It's this ambience of community that pervades King West and allows the people here to be at home with urban living. 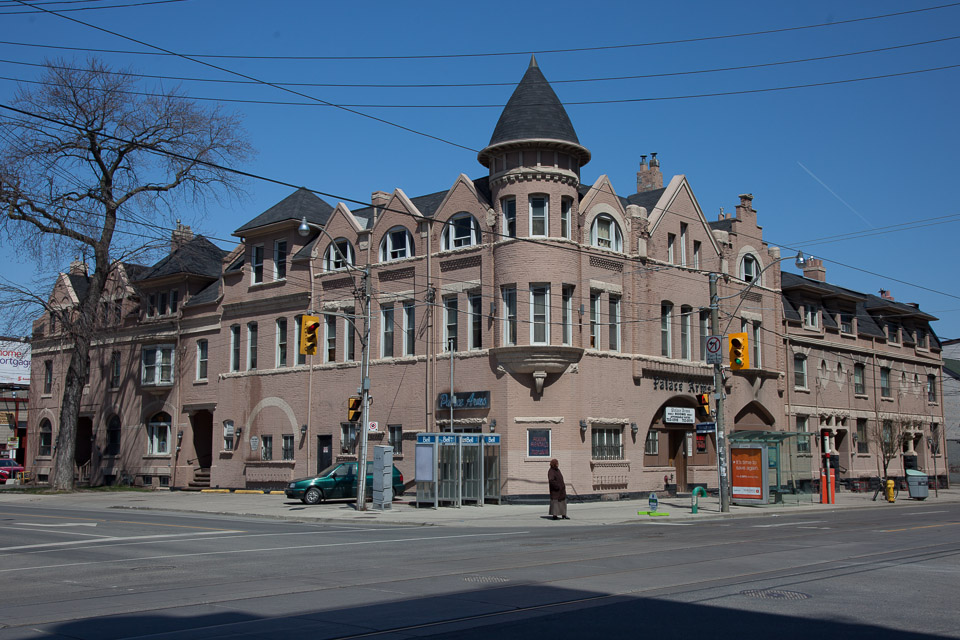 The location provides residents very easy access to Toronto's business and financial districts ? minutes by car or streetcar, while the frequent Bathurst streetcar connects to the Bloor Line in minutes. Famous destinations such as the Skydome, Exhibition Place, Harbourfront, Fort York and the Toronto Islands are also all very accessible.  Though King West/Liberty Village has a mostly adult vibe, its local public schools include:

The Sanderson Branch of the Toronto Pulic Library, at 327 Bathurst St., and the Parkdale Branch at 1303 Queen St. West are convenient to students living in the area. 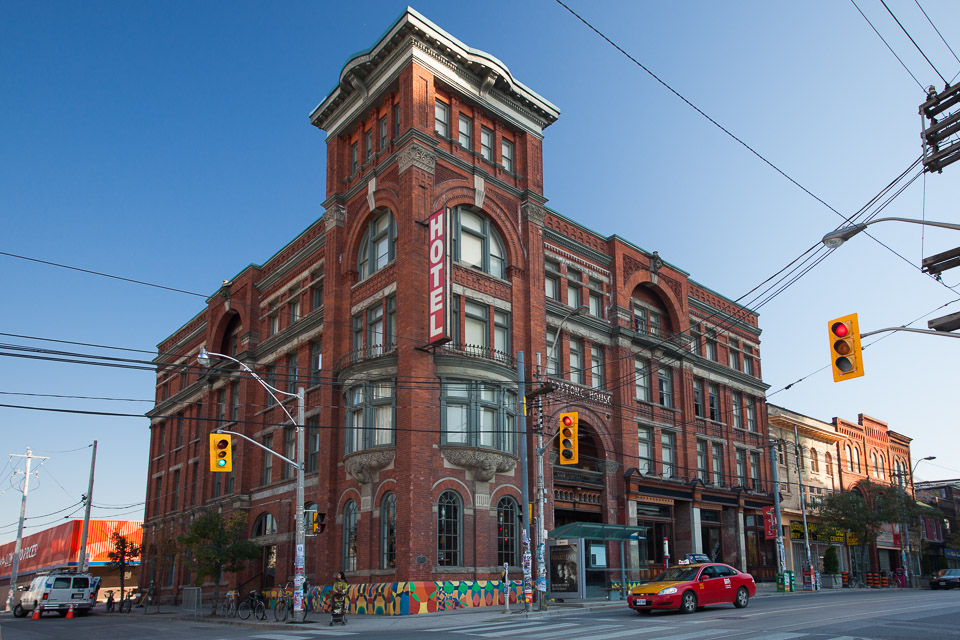 Liberty Village is a 43-acre master-planned community, combining residential, commercial and retail uses. This neighbourhood is attracting young professionals in media, high-tech and design businesses who live and work in the urban core.

There is a gritty, urban feel and a unique vibrancy to Liberty Village, which emanates from the red brick Victorian industrial architecture that dominates the streetscape. The tall chimney smoke stacks that project from some of these old buildings serve as neighbourhood landmarks