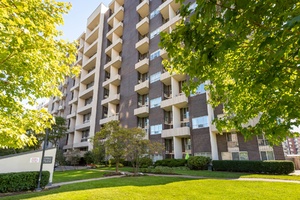 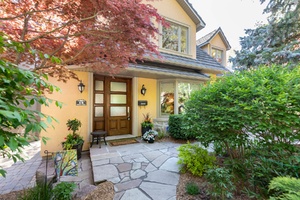 Wow! Fabulous, deceptively spacious extra-wide detached 3 + 2 bedrooms, 3 bathroom, family home with above grade lower level suite. Located on an incredibly quiet cul de sac! This is one of the most coveted spots in Swansea! With virtually only neighbours passing by on foot, and a playground just down the street, this is an ideal property to raise your kids and play with your dog(s)! 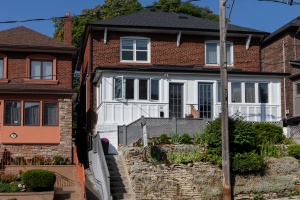 32 Runnymede Road is an extensively renovated, spacious, sun-filled and GORGEOUS modern home in one of the best pockets of Swansea! 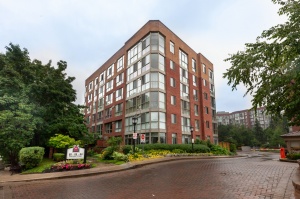 A rare offering! Seldom do suites become available in this building especially one of this size! 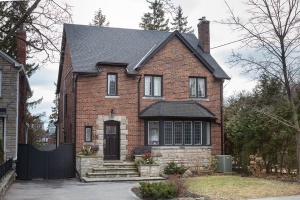 We proudly welcome you to 101 Mayfield Avenue - A custom renovation by the Caruk Group in 2008-2009. Invest in your forever home here, on one of the absolute best streets in this magical Swansea enclave! A truly one-of-a kind neighbourhood surrounded by mature trees, rolling hills and magnificent properties. 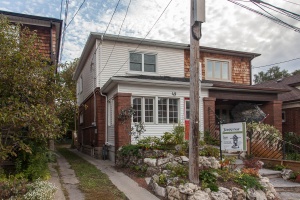 Freshly renovated, spacious and bright 3 bedroom, 2 full bath semi with parking! Opportunity for growing families who want to put down roots in a fabulous community and neighbourhood. Over $100,000 spent in recent upgrades! Turnkey just move in and enjoy! 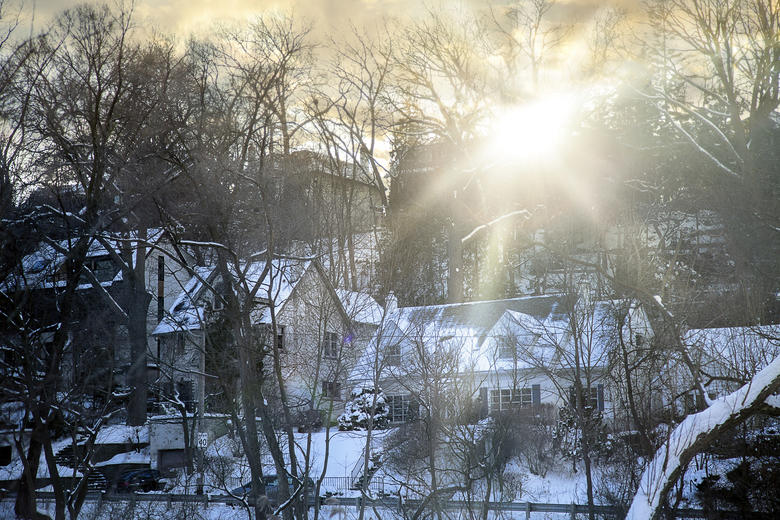 According to popular history, the first European to visit the place was the young scout and interpreter Étienne Brûlé, who came to Canada with Samuel de Champlain in 1608 – over a century before the first French settlement was established in the area. Once settlers did start moving in, they allegedly compared the spot between the Humber River and Grenadier Pond to the Garden of Eden – eventually naming it Swansea in the early 1800s.

Today, Swansea is, in many ways, defined by its borders. If you get off the TTC at the Runnymede subway station – named after the home of the influential 19th century businessman John Scarlett, who played a prominent role in the early development of west Toronto – you can walk down Kennedy and Palisades, until you find the shaded staircase running down to Valleymede, a private, wooded little dead-end street opposite the western entrance to High Park. From here, you can trace the eastern edge of Swansea on Ellis Park road, which overlooks the miniature lake that is Grenadier Pond. 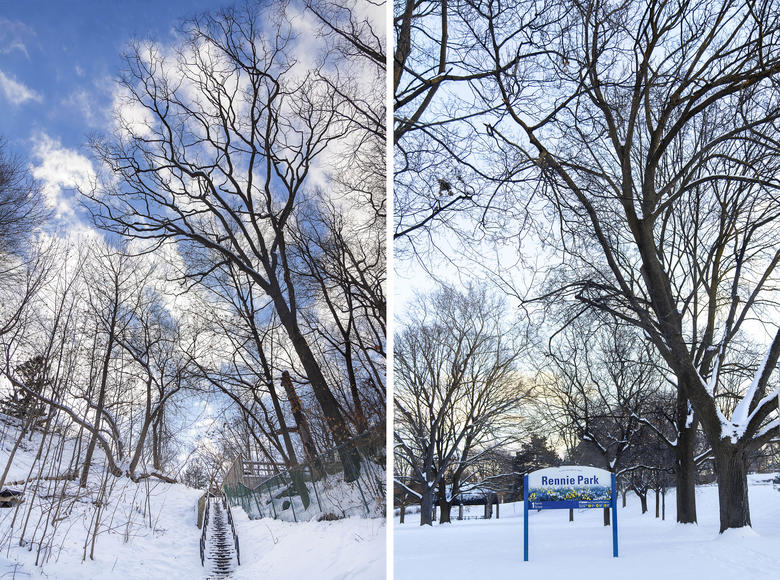 The Ellis family is an important one in the Swansea's history, and you can find their name on a few streets in the neighbourhood. John Ellis and his wife Rhonda came to Canada in the 1830s and bought the land on the western shore of Grenadier Pond. Their home, the poetically named Herne Hill, stood on the ridge where the modern Grenadier Heights development is now, and their son, also John, was the draughtsman responsible for laying out the future village of Swansea. 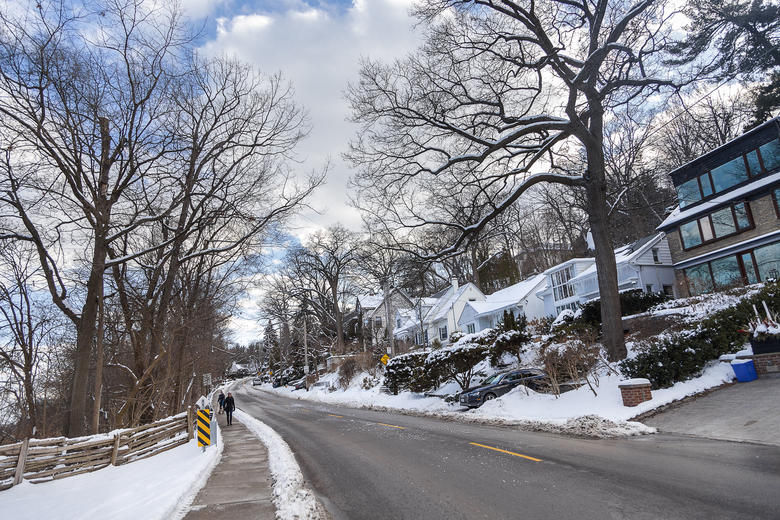 Along with Forest Hill, Swansea was one of the very last independent villages to be swallowed into the amalgam of Toronto in the 1960s. It may be in part because of this that the neighbourhood still runs its own Town Hall – although 'Town Hall' is a rather grand term for what is, in fact, a very modest place sitting next to a senior's residence at 95 Lavinia Avenue. The same building also houses the Swansea Memorial Public Library, which is a branch of the Toronto Public Library and one of the two smallest ones in the city. Together they run a lot of the public programs as antique shows, craft sales, meetings of various local societies, a wide variety of classes and lessons for all ages, and those associated with the local Senior's Association, which is particularly active. 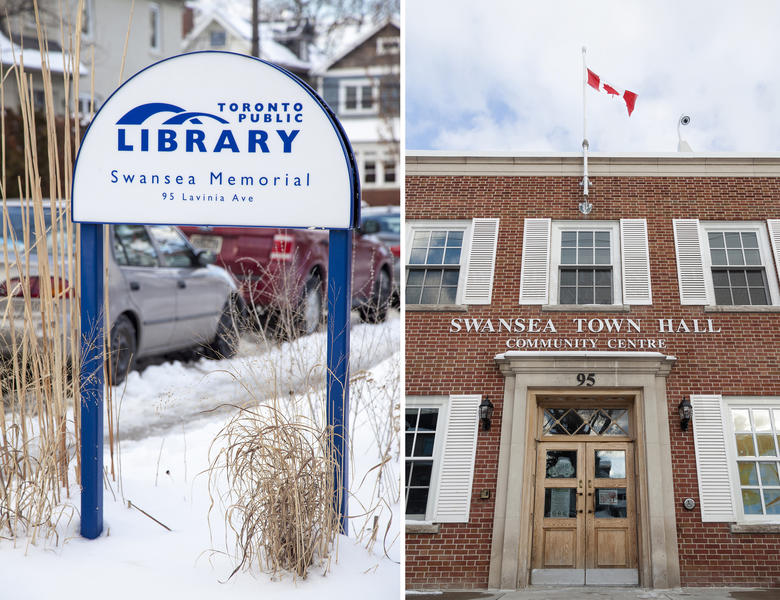 At the Town Hall, you can see one of the best versions the Swansea coat of arms – something that a surprising number of Toronto neighbourhoods still possess – Étienne Brûlé and an aboriginal counterpart standing against a sunrise over a field of water and rolling hills. The water, of course, is an obvious nod to the geographical boundaries of the area, and hills, as a weary pedestrian can attest, are everywhere in between those boundaries. 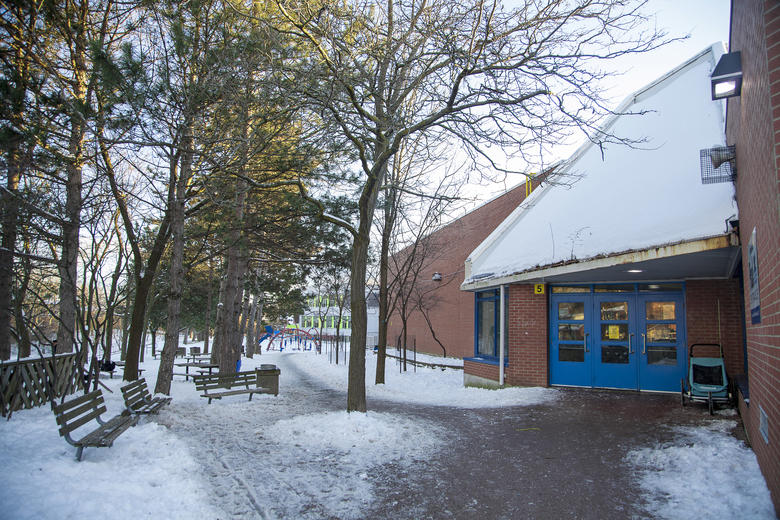 It probably wasn't John Ellis Jr. who decided to put in the outdoor staircases, but Swansea does seem to have a few of them. A particularly long and elegant series of stone steps lead down from Ellis Avenue, the southern extension of Ellis Park, into a ravine full of trees. This is Rennie Park, the biggest green space in Swansea – home to a small forest, a big pond, a wading pool, an artificial ice rink, four tennis courts, a gazebo, a shuffleboard, and of course, a playground. Like Ellis Avenue, Rennie Park is named for an influential member of the local community – in this case, William Rennie, the son of two Scottish immigrants to Scarborough, and founder of what was, in its time, one of the largest seed companies in the country. 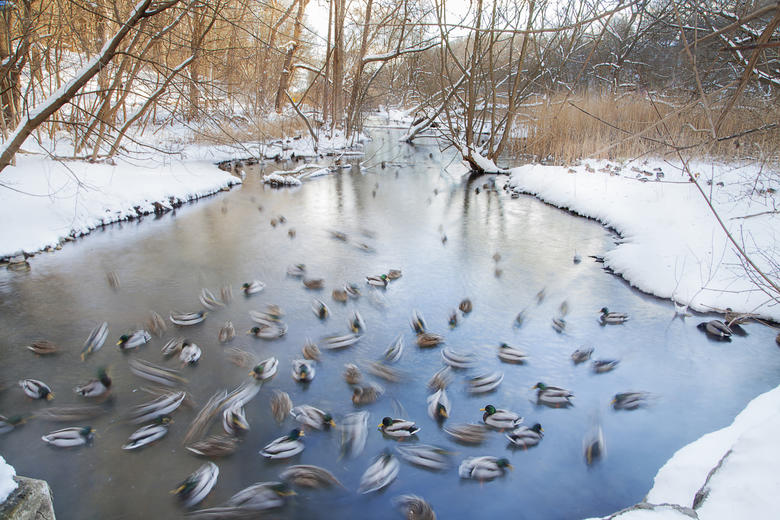 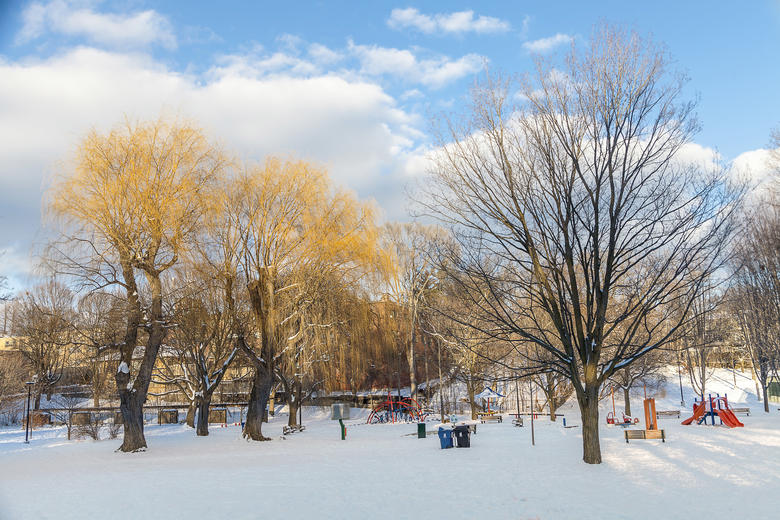 Although it might seem less cozy than the well-treed streets to the east, Swansea's western border is the one with the more impressive scenery. There's a spot where Riverside Drive branches off of the Kingsway that offers a grand, if somewhat precarious, view of the Humber River – wide and marshy to the north, but narrowing as it runs the gauntlet of lake-shore towers to the south.

Swansea as a whole seems like a comfortably well-off neighbourhood, and some of the really well-off residents can be found in the north-west corner, near that grand view over the Humber. Here, a collection of large, distinctive houses set on small, extra curvy streets form a quiet little community of their own, with no flat spaces, no straight lines, and three different roads named after Étienne Brûlé. It's easy to get a bit disoriented in there, but it's so nice that you don't really mind. 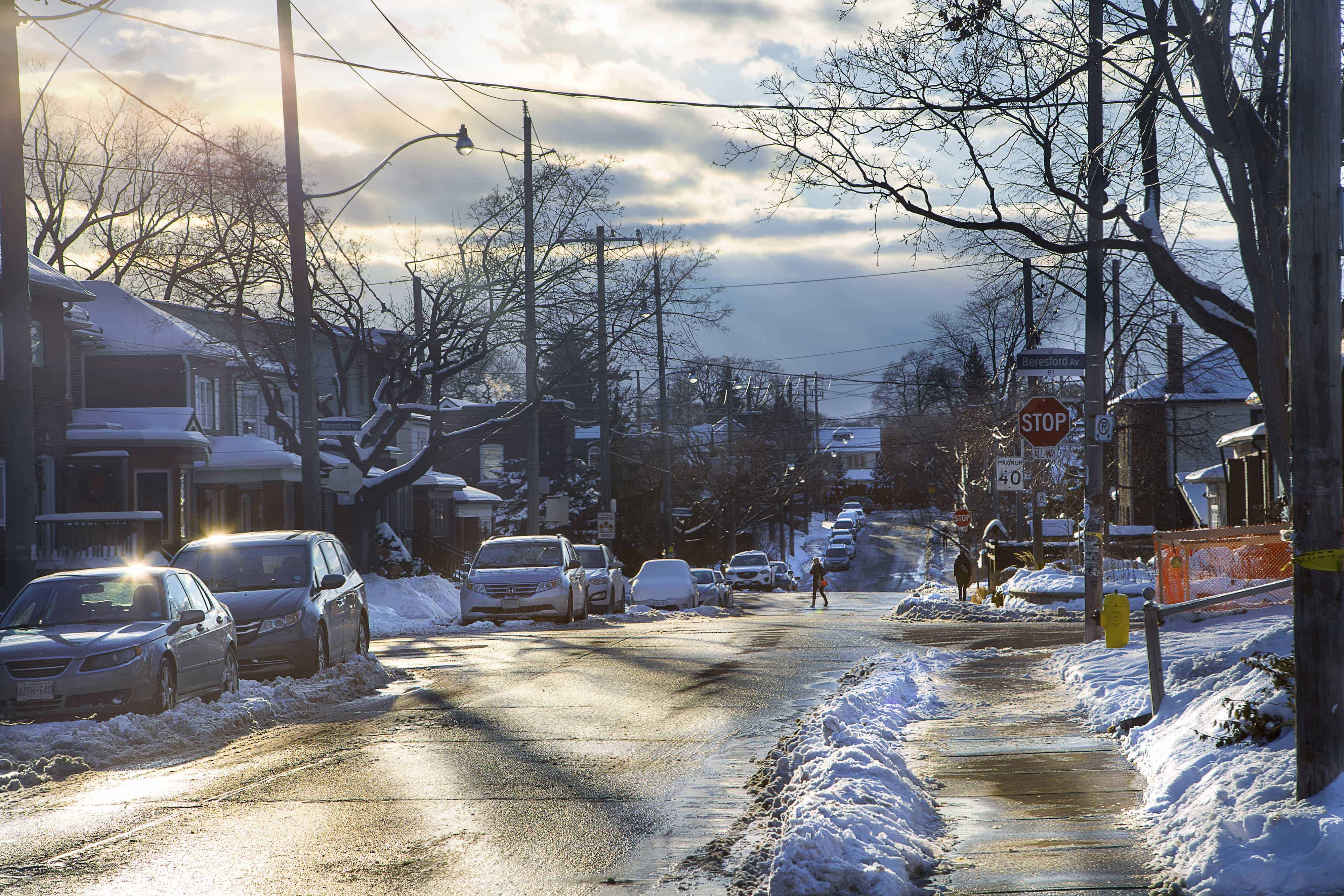 Swansea's wettest corner is down at the lake-shore, where the Humber River opens into Lake Ontario beneath the span of a white, bow-shaped bridge. This is the spot for taking tourist photos – given the curve of the shoreline, you can actually have both the lake and the downtown Toronto towers as a backdrop, along with a dramatic breeze in your hair and a sailboat or two going past if you're lucky.

Once over the bridge, it's all grass and trees and beach, as the Martin Goodman Trail and the Sunnyside Boardwalk take you though Sir Casimir Gzowski Park – complete with a monument to the titular ancestor of the beloved CBC radio host Peter Gzowski – and finally into Sunnyside Park, which sits due south of High Park.

You can stop for a snack at the Sunnyside Pavilion, whose name and history go back all the way to 1917. In the 1920s, the area boasted not only a restaurant but amusement park rides, live entertainment, contests, fireworks, a beauty pageant and, if the current Pavilion's website is to be believed, the world's largest outdoor swimming pool. While things have quieted down considerably since then, an outdoor pool is still there and open to the public, as is the café in the warmer months and the beach out front. You can watch the lake on a summer afternoon with a drink at your elbow, and tell stories about Étienne Brûlé and the early years of Toronto. 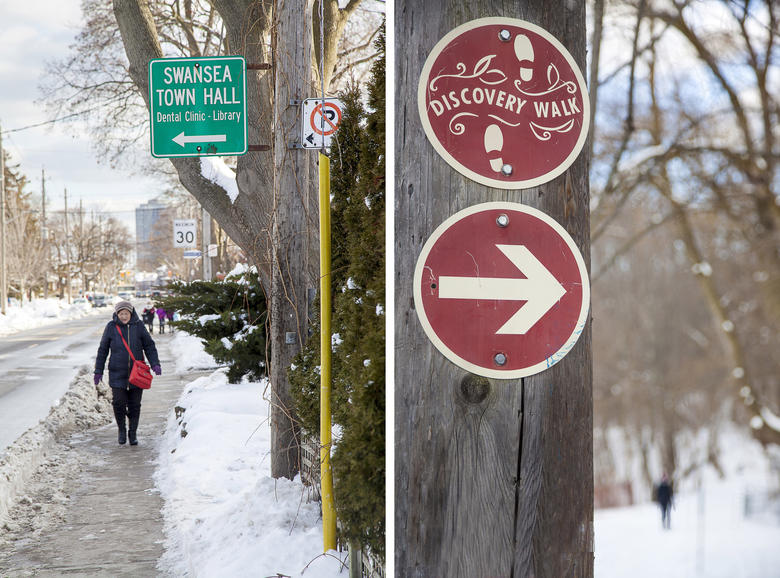 Bloor West Village is a notable neighbourhood in its own right and Swansea's main shopping drag. Apparently, this stretch of Bloor is the best place in Toronto for European bakeries and delicatessens – and it's also the location of Swansea's largest concentration of eating and drinking establishments, such as the fish-focused The One That Got Away (2392 Bloor West), the relatively young Maison Fou Brasserie (2197 Bloor West), and the plain-looking but very well reviewed Station Ale House (2457 Bloor West). Those seeking a lighter touch can head to the Baka Gallery Cafe at 2256 Bloor West, or to the Bread & Roses Bakery Cafe (2232 Bloor West) for lunch and something sweet.

Despite not exactly bursting with indoor entertainment options, this little snippet of Bloor does offer live theatre at the Village Playhouse (2190 Bloor West), and movies at the Humber Cinema (2442 Bloor West). The Yellow Griffin Pub (2202 Bloor West) hosts weekly trivia nights, and will also sell you a camel hamburger if you're feeling daring, while farther west the Mackenzies High Park pub (1982 Bloor West) offers trivia, euchre, open mic nights, karaoke, and free board games. Leaving Bloor street, explorers with a more epicurean bent can head south to 45 Ripley Avenue, where the Cheese Boutique not only sells a vast selection of ripened dairy but also boasts a 'Cheese Vault' displaying particularly old and distinguished cheeses. 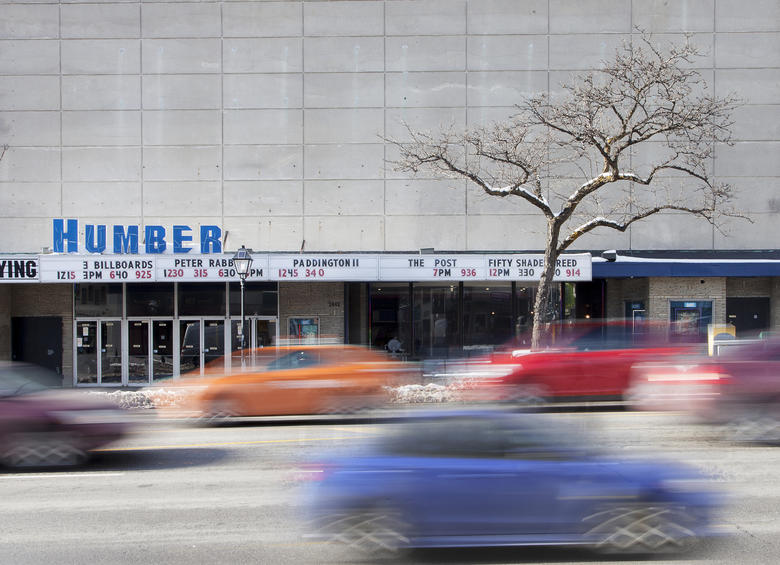 Schools are important to the many families in the area, whose children attend the separate schools or the local public schools:

Parents wishing to supplement these educational options can do so with various local tutoring services such as the High Park Academy. For a less academic, but probably much more fun, learning experience, there is also MakerKids, which teaches things like coding and robotics. 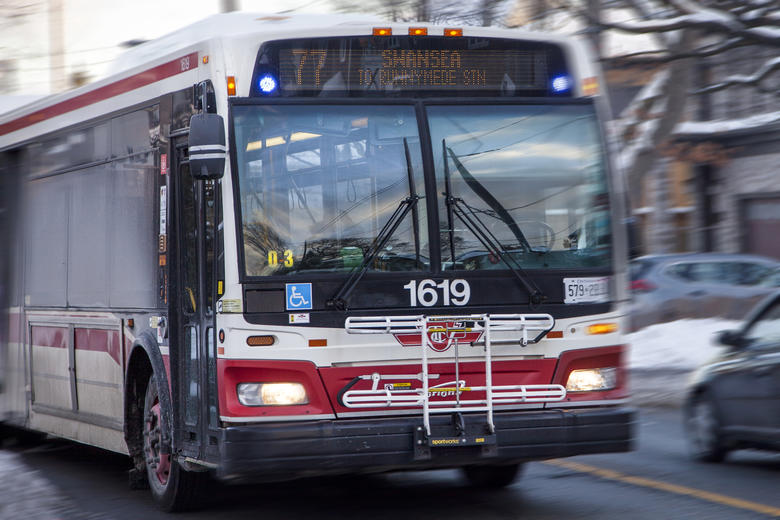 Swansea is served by bus routes on Windermere and Morningside Avenues. The Runnymede and Jane subway stations on the Bloor-Danforth subway line are within walking distance of most of the houses in this neighbourhood. Motorists enjoy the convenience of being located only minutes away from the Gardiner Expressway and Lake Shore Boulevard.